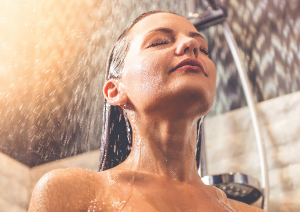 Charcoal has been used medicinally for millennia. Ancient Egyptians used it as a poultice to keep wounds clean; in India, around 450 B.C. charcoal was used for water filtration and 18th century scientists interested in finding ways to rid the body of toxins found charcoal effective. Activated carbon is still used today in water filters and as a poison antidote. In fact, ER doctors use charcoal to treat alcohol poisoning or drug overdoses since it draws out impurities. And now your local Richard’s Foodporium has it available in all their stores.

It’s not a stretch then to imagine that a charcoal-based skin cleanser, which detoxifies and removes dirt, oils and other impurities, makes sense.

Charcoal skincare products, including charcoal soap, have been trendy for a while, but there’s a reason: it works. Most charcoal soap contains a charcoal powder, Binchotan, which draws the bad stuff out of your skin. And it does that work gently. Traditional soaps often contain harsh surfactants like sulfates that dry and burn, aggravate, sting, inflame or otherwise irritate the skin. And commercial soap often contains hormone-disrupting chemicals, parabens, synthetic dyes, and fragrances. Stuff most of us would rather keep off of our faces. And even though many deep-cleaning and detoxifying skincare products dry out skin, natural and organic charcoal soaps often contain hydrating oils and antioxidant-rich organic extracts.

And charcoal soap, in particular, seems to provide a plethora of beauty benefits. Per Livestrong, activated charcoal draws bacteria, poisons, chemicals, dirt and other micro-particles to the surface of skin, which may help fight acne and achieve a more flawless complexion. Charcoal powder absorbs many times its own mass, which makes it a popular ingredient in facial masks. Activated through heat and exposure to steam, the carbon forms large fissures and pockets in its surface and so when it’s exposed to contaminants, like the grit on your skin, that literally is trapped in the carbon’s pores.