Improve Your Fitness With Magnesium 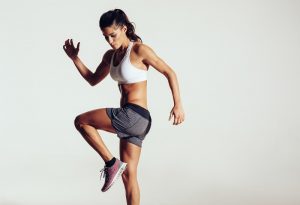 When it comes to supplement nutrients for athletes, one element in particular stands out for strength, power, hormone balancing, body composition and recovery: magnesium.

Magnesium is an essential nutrient that today is in shorter supply in the body than ever before due to factors such as pesticides on plants, depleted soil stores, and extensive food processing. Whereas 100 years ago an average person might have consumed 500 mg of magnesium daily in their food, today that number has dropped to about 175 mg.

For athletes, that means oxidation stress increases as this important electrolyte is not as available to the body as it might have been in the past. Magnesium is mostly found in bones (50 percent of the body’s supply), soft tissues (25 percent) and muscle (15 percent). Only about 1 percent of the body’s magnesium is found in the blood. It’s believed that magnesium regulates insulin sensitivity and blood pressure as well as delivering oxygen to muscles and sustaining muscle contractions; therefore, this nutrient gets depleted quickly as your body is doing all these things as it undergoes training.

Magnesium allows protein-synthesizing enzymes to function, helping the body’s muscles to develop. Research has shown that magnesium deficiency compromises athletes’ performance. Typically, this happens during bouts of dieting common in such sports as boxing, judo and wrestling. At least one study concluded that lower magnesium intake among volleyball, handball and basketball players resulted in a reduction of their jumping performance, grip strength, rotational ability and dynamic and maximal isometric strength. If you have less-than-optimal magnesium intake, chances are good you’ll experience less-than-peak performance and not be able to realize maximum muscle gains.

Another study on magnesium related specifically to vertical jumping in volleyball competitors and players in other sports: the athletes in the study were able to increase the height of their jumps by roughly 3 cm by taking a 350 mg dose of magnesium daily for 4 weeks. The researchers conducting the study believe that magnesium is a key cofactor for producing enzymes used in energy metabolism. In the aforementioned study, supplementing magnesium allowed the athletes to produce more energy during actions of high intensity and short duration, sometimes known as explosive movements.

Hormone balance is also important for athletes, both in performance and during recovery. Magnesium is associated with higher testosterone levels, which in turn have been shown to produce greater strength and endurance. They’re also important for performance readiness and competitive drive. Higher testosterone — often referred to simply as “T” — produces a greater chance of winning athletic events in both men and women. Some testosterone in the body can be made inactive by the protein SHBG. But magnesium binds with SHBG to allow more active, or free, testosterone to circulate. This gives the body better athletic performance and better composition relating to the balance between fat and muscle.

Magnesium also helps with insulin sensitivity, which is important for the metabolism of carbohydrates. Without metabolizing carbs, you will gain body fat and not be able to build muscle as effectively. Magnesium will help you stay lean while building muscle mass.

Finally, magnesium is great for your body’s recovery from a taxing workout. Recovery is enabled by magnesium via the metabolism of cortisol, a hormone which reduces sympathetic nervous system activation.

The more magnesium you have, the faster your body can return to its normal, relaxed state. It has a calming effect on the body’s nervous system and is known as an “anti-stress” mineral. When less magnesium is available to the body, it gets less-deep sleep, and you end up with more nighttime awakenings. Magnesium helps restore glycogen levels and produce needed red blood cells. It also helps your body process waste that’s the by-product of intense exercise. Lastly, magnesium is associated with glutathione, a natural antioxidant that your body produces for health and anti-inflammation.

It’s recommended that you consume at least 3 mg of magnesium for each pound of body weight you have; if you weigh 170 pounds, that’s a dosage of 510 mg for one day. A diet high in fiber will necessitate higher amounts because magnesium attaches to the material, inhibiting the element’s absorption in the digestive process.

If you want to test your body’s magnesium levels, a magnesium loading test is best, but they’re often expensive; instead, consider a red blood cell test, which can be performed by your doctor. For most adults, a good range for the element is 4 to 6.8 mg per deciliter.